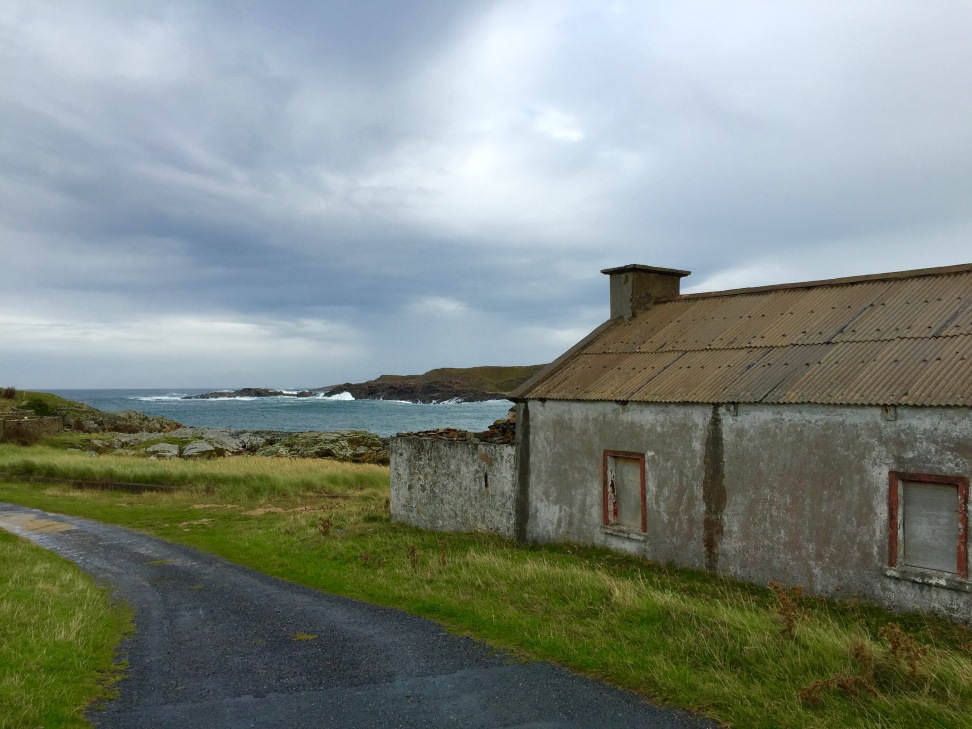 It has been a year since I was last in Ireland and nearly that long since I have written here. I haven’t been silent for a lack of things to say or even writer’s block. In fact, there are several incomplete drafts waiting and many post-worthy issues in American culture begging for my attention. The reason for my reticence has been much more personal: I simply could not face moving on from my posts about Ireland. Every time I thought about moving the post about Graignagower (and thus removing the opening image of the view into the valley) into the “previous posts” list, the grief that has pulled at me since I left resurfaced with a vengeance.

Three months after I returned from Ireland, I wrote this in Graignagower:

Ireland clings to me like the persistent smell of sheep in the wool of the sweaters I bought there. My dreams are filled with its nuances. Months after coming home, tears still well  when the screen saver of my computer shifts to a new photo of my trip. My throat tightens around the trite words that are all I can come up with to describe what a month in Ireland was like. The western edges of Munster province  – its Sheepshead and Beara peninsulas, the Macgillycuddy Reeks and surrounding areas of Dungloe Gap and Killarney National Park, Graignagower, Corca Dhuibhne and the Aran Islands, call to me like sirens. The rugged, unapologetic magnetism of their austerity is an undercurrent that still thrums in my blood.

The feeling didn’t change. As the weeks turned into months, I spent the gray rainy Seattle winter (an easier winter than was had by friends in Ireland) in a deep depression that sent me seeking professional help for something for which there was no cure for but time. I was grieving. I certainly do not mean to diminish the feelings of anyone who has suffered much more tremendous loss than I by my use of the word “grief”. But even as I poo-pooed the idea of mourning the loss of physical connection to a place I had visited, the melancholy permeated my days. As winter turned to spring, I turned my energy to gardening, hoping that the time spent outdoors building something new would re-wed my heart to the Pacific Northwest. And then my genetics test results arrived.

It would have been a surprise if I had NOT had Irish ancestors – after all, the Irish immigrated to the west in droves even before the great hunger. But to see the actual percentage – which was considerably more than any of my other family members – made me think: is my deep-seated homesickness for a place I’d only visited a product of an awakened genetic memory? The connection I felt to what used to be the Munster province wasn’t just a romantic vacation notion. I felt I’d come home. I felt as if the landscape, the smells, the people were as familiar to me as the feel of my darling’s body curled around me in the cool winter nights. And as comforting.

Then there was the incident the evening before we visited Skellig Michael (before it became famous for being the retreat of Luke Skywalker). We’d arrived at dark and had to beg a late dinner off the accommodating folks at Cable O’Leary’s, promising to happily eat whatever was leftover from the day’s menu (don’t try to eat in a restaurant/pub Ireland after 9pm – it won’t happen). As we settled, I glanced around and stopped cold when I saw a man in his eighties alone at the bar, sipping his pint. Tears welled in my eyes and Neil glanced at me in surprise, “What’s wrong?” I wiped them away, but I still couldn’t believe it: the man at the bar looked exactly like my deceased grandpa – right down to the creme in his still dark hair and the shape of the protruding ears he used to wiggle to make me laugh. They could have been family. Knowing it wasn’t likely, I made a point of asking my mother if we had ancestors in the tiny Ghaeltacht fishing village of Ballinskelligs, Co. Kerry. But, a lack of “proof ” in immigration records doesn’t mean I hadn’t accidently stumbled onto my native land. 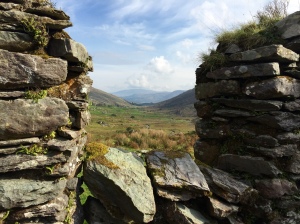 Maybe my sense of having come home as I stood in the window of Graignagower was  because I had, in fact, done so. Maybe the way the smell of peat fed a hunger I wasn’t aware I had was because it triggered some synapse that spoke of home and comfort. Or, maybe I just needed a vacation, and my long-held fascination with all things “Celtic” got the best of me.

Regardless, I have since spent a part of nearly every day trying to figure out how to return, and how, someday, to make that return permanent. Despite the plethora of Facebook articles detailing how to immigrate should the election not go the way one hopes, moving to Ireland isn’t easy. It requires amounts in the bank that would make my life in America quite comfortable or a job offer  that couldn’t go to a member of the EU.

My mother was able to trace my 10x great-grandfather, and while the direct connections are to far in the past to matter immigrate, I will keep returning. My next trip will be to show her around and we’ll search for graves and statues the commemorate a man that turns out to be well known. Then we’ll head off for Graignagower once more to see it still stirs me the way it did. I’m guessing I already know.