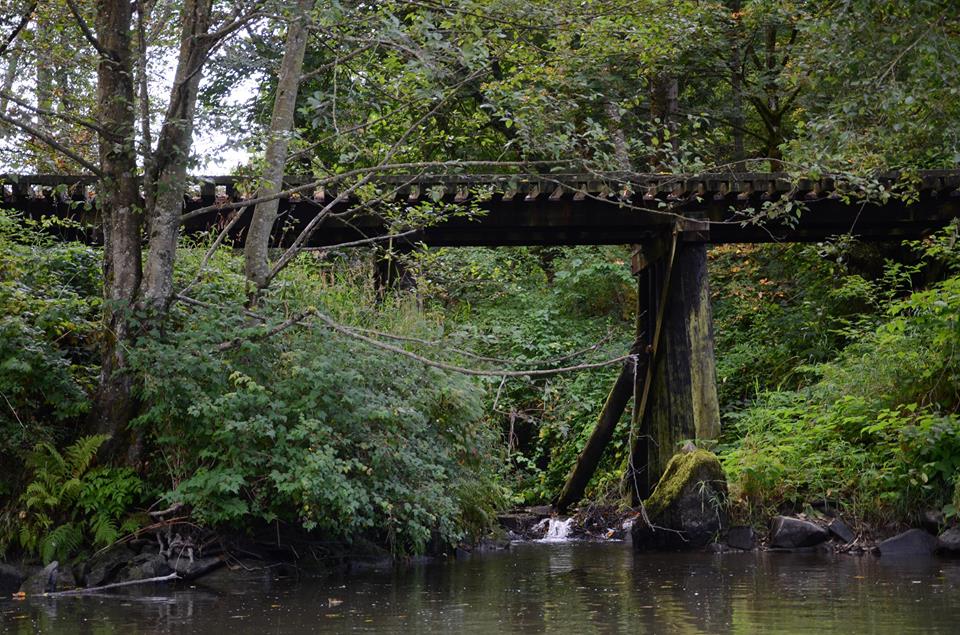 I have wanted to write about the Stillaguamish River (known affectionately as the Stilly) and the towns of Oso and Darrington. I wanted to write about grief and hope, the power of small communities pulling together and the kindness of strangers. I wanted to write words of gratitude for the first responders and words of comfort to those personally affected. I wanted you to know this area as more than tons of debris and worn out searchers. And I wanted those words to matter.  But like the mud that slid down a mountain-side two weeks ago, words are slippery and elusive.  There are so many words, so much I could say that, like that clay, my thought have stuck themselves together, and a seemingly impermeable barrier has lodged in my throat and fingers. Tears, like the river making its way around the destruction, are the only thing that seem to continue unabated.  I wonder if I will ever stop crying.

I have had to stop watching the news, instead bathing myself and my house in instrumental music with titles like “Healing Earth” and “River of Dreams”.  It has been too much and I am lucky enough to have to choice to shut it out. Others can’t.

I want you to know this area – to know it the way my family and friends have.

I grew up just a few miles from Arlington, Washington though I had a Marysville address. We lived about 30 miles west of Darrington and Granite Falls, the last two towns that  bordered the forest lands where I spent nearly every weekend of my childhood.  The towns are separated by the mountains  Whitechuck and Three Fingers and the Stillaguamish river that spills around them.The North Fork of the Stilly runs along Darrington, The South Fork along Granite Falls.

A rough road, The Mountain Loop Highway, connects the two towns to the boundaries of my hometown. The highway is only partially paved and a big section of it closes for the majority of the year due to snow. Some of my favorite hikes are off this highway: the trail to Mount Pilchuck (the first hike I did on my dad’s back when I was two years old), Lake 22, where I first snow-shoed and the spooky mining town of Monte Cristo where I rummaged through the ruins of mining operations as a kid.

Before we were such a lawsuit hungry country and they were barred up, there used to be collapsed mining tunnels to explore with a flashlight, a good dose of bravery and a willingness to wedge yourself in tight spaces.  I have hiked  up the Big 4 trail and stood many times in the vast blue ice of the caves formed under avalanche debris (this is extremely dangerous and is now  closed off because of collapse -DON’T DO THIS!).  It was somewhere in this area that I wrote the first story I loved, about a leaf falling from a tree, as I lay in the back of a green station wagon.  My family spent hours sitting on the tailgate of that station wagon eating cheese, salami and crackers while admiring the view afforded by clear-cutting off of timber access roads. I lost my virginity on a logged out forest road along the highway and I took my children to picnic along the banks of the Stilly when I was healing from leaving an abusive marriage.  I love this highway and the places along it. It is my home.

The town of Darrington is the kind of  small town where everyone knows each other. There are no strip malls (or weren’t the last time I was there!), but it has an amazing bakery with some of the best cinnamon rolls I have ever had. Darrington has hosted a well-known Bluegrass festival every summer for 38 years, bringing in people from around the world. It is a town filled with people who originally made a living off of destroying the trees and land I cherished – miners and timber people. I pass through when I am on my way to a trailhead.  We are a funny family, but I do consider us a family:  the love of the land, though varied in how it is shown, binds us together.

Oso is so small that if you don’t see the sign, you will probably pass on through without noticing.  It is a “census designated place” which sort of means they just needed to count the people as living somewhere. Oso businesses have Arlington addresses, kids go to Darrington schools.  The town officially only has just about 200 people. Imagine that 100 of them were involved the slide and its aftermath.

The road from Arlington to Darrington is populated by small dairy farms giving way to hillsides that have been cleared many times. The North Fork of the Stilly runs along Highway 530, sometimes in view, other times not, switching sides of the road under bridges that have seen the river get close many times.  The Stilly floods often and  the communities that lay along it are used to its seasonal fluctuations. As the river threads its way past between the mountains, it becomes gentle and its wide banks and rocky beaches welcome salmon, picnickers and fisherman before it empties into the Puget Sound at Port Susan.

These towns are filled with good people who love the land and care for each other. They define the term “neighbor”.  We don’t always see eye to eye on politics or the environmental issues that surround us but we love where we live.  There is no reason to be in this area except for the love of it, as jobs are scarce or require a long (even longer now) commute to the city.

and a few times  his river boat.  It was the following FB post from him that promoted me to finally write this – realizing that showing you why I love this place was the right direction to finally take:

“We have all seen some horrific pictures lately of a wonderful treasure. I thought I would share some pictures (I took) of why this river valley is so special to so many. Two (the bridge and the boat photo) were taken a few miles downstream from the slide, and the fish were just above the area impacted. Our fishing club (we passed the hat at a club meeting the other night and got over $2500 for our fellow member who lost his home and son) does semi-annual “cleanups” on the river, and Sue (my mom) and I are regular visitors up this valley. The slide is about 15 miles east of Arlington. This river WILL return…….but it might be a while. The power of Nature is amazing, and events like this not something those of us in the Northwest deal with very often. Our communities are rallying together and we continue to seek ways to assist. Our hearts go out to all who have been touched by this slide.”

The Stilly is where my Dad took my son on his first real fishing trip, where 20 year old Erik caught the only salmon and smoked cigarettes in front of his grandpa. It is where kids jump off a bridge into a river that is so clear you can see the stones and fish at the bottom many feet below you. It is where you learn that you don’t need shoes, but you do need sunscreen when you float a river in an innertube with a cooler of beer trailing along behind you.

And so it is that I cry for this land and its people I know so well.  My dad’s flyfishing friend went to the grocery store and while he was gone, lost his house and his son.  Cabelas, were my dad works in the flyfishing department, raised $40k for the Red Cross Oso Relief fund and gathered blankets, jackets, waders and gloves and hand warmers. Most of searchers are wearing Cabelas waders and who knows how much other gear from his store.  We are all tied together.

I watched the news with horror the night of the slide, only to see my spiritual teacher’s friend and teacher, Robin Youngblood on the news. She had been rescued from the mud with a friend who was visiting her from the Netherlands.  Her only remaining possession was a painting.  I had been planning to take classes from her and help her build a retreat center on her land this summer. She lost everything, her house turned to matchsticks.  She rode the slide out on a dryer, her friend on a dishwasher.  The land her house was on does not even exist anymore though she was across the river and up the bank from the mountainside that let loose.  She never suspected she would be at risk. Below is a picture of her friend Jetty while she was waiting to be rescued.  It was taken by a neighbor. Both women are fine though Robin has lost everything she ever owned.

There is nothing more I can say – these pictures tell you everything I want you to know. This is my love story to the land.

Except there is this: please donate.  These families lost everything and it will not be covered by insurance.  They don’t even have land to rebuild on.  Please give generously.  And this, summer, consider spending time in this part of the world and you will come to understand and love it as I do.

This was my father’s (Bob Banks) FB post today.  Please click the link at the end of the post and go to “blog” to see day by day photos of the river not seen in the media.

“Today I attended a grave side service for one of the slide victims. About 50 (9 from our fishing club) of us gathered in the gentle rain for our friend Reed’s son. it was REALLY well done, and included 3 representatives from FEMA and a representative from the Governor’s office who spoke very warmly about the event and the Miller family. Normally, I am not a big fan of the government processes, but this was very well done and much appreciated by all. Reed has been treated very well, and is doing well……..once again the community has stepped way up. I Visited with Mr. Gregory Minaker (another fishing friend) who lives about 1000 yards downstream, and he said it sounded like a few jets at very low altitude. He has a marvelous blog atwww.stillaguamishsteelhead.com and many incredible photos that most do not get access to.”

The families still need your support: 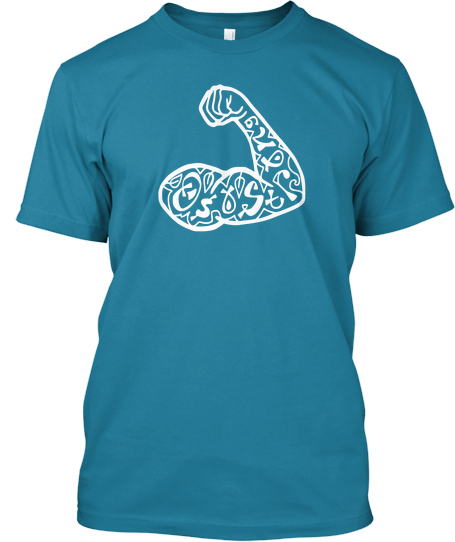 2 thoughts on “OSO MUCH LOVE: What I want you to know about Oso, Darrington and the Stilly”